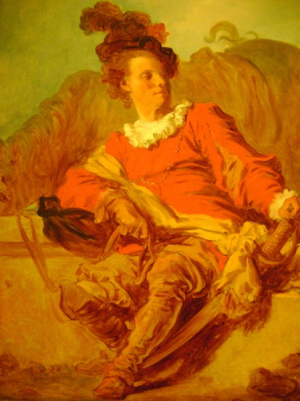 His family estate, from which he derives his full title, is the Château de Saint-Nom. It is located in the village of Saint-Nom-la-Bretèche in Yvelines, France. The land was purchased by his father, Jean-Pierre Richard (died 1747), a wealthy French lord.

Richard, who had an interest in printmaking, travelled to Rome in 1759 where he met and befriended French artists Jean-Honoré Fragonard and Hubert Robert, both of whom were studying at the French Academy in Rome.

Richard made numerous prints of both Fragonard’s and Robert’s work, including Robert’s Vue prise dans les jardins de Villa Mattei aux environs de Rome (View of the Gardens at the Villa Mattei) in 1761.