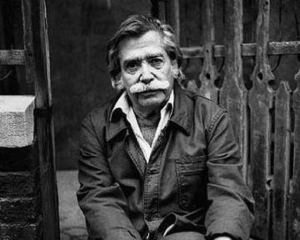 Clavé was one of Catalan’s best known and most celebrated artists. His work evolved from a baroque, ornamental style to a pure, minimal aesthetic. In his later years, his work is completely abstract, employing expressive lines and exploring the boundaries of collage, objet trove, shading, texture and color. He was trained at the School of Fine Arts, Barcelona, where he was taught by Angel Ferrant and Felix Mestres. With his works being influenced by artists such as Bonnard, Vuillard and Rouault. He is best known for his lyrical abstractions, works which combine paint with collage.

Clavé fought in the Republican Army in the Spanish Civil War, and served as draughtsman for the Republican government. He arrived in France as a refugee in 1939 and went straight to Paris to work as an illustrator. His first one-man exhibition was held at the Au sans Pareil bookshop, in Paris in 1940, where Max Ernst and other leading figures from the Dada movement had their first exhibitions in the 1920s. In 1944 Clavé met Picasso and began making figure compositions that were deeply influenced by Picasso’s work, featuring kings, harlequins, children, and still lives.

His theatrical designs have appeared on stages in New York, Munich, London and Paris. His works include sets for opera, theatre, and ballet, most notably for Roland Petit’s ballet company, Les Ballets des Champs Elysees (1945-1951) including Los Caprichos (1946) Carmen (1949) and a comic ballet choreographed by Roland Petit, Deuil en 24 Heures. In 1951 he designed The House of Bernarda Alba for director Marcel Achard, and in 1962, a production of The Marriage of Figaro for Maurice Sarrazin at Théatre de la cour de l’Archeveché in Aix-en-Provence

In 1957 Clavé began to design carpets and from 1960 he began to work on sculptural bas reliefs, assemblages and totem-like sculptures of wood and modeled or imprinted lead. He also used some objets trouvés. In 1965 Clavé moved to the South of France, near Saint-Tropez.

In March 2013, the Vila Casas Foundation held an exhibition at the Can Framis Museum of Contemporary Painting, on the centenary of Antoni Clavé’s birth. The exhibition was a chronological retrospective encompassing 60 paintings stretching from the pre-war period, through his time in Paris, the medieval and baroque periods and his development into the realms of abstraction. It also included collages and graphic works with extensive technical experimentation, cementing Clave’s reputation as a leader in the visual language of the twentieth century.