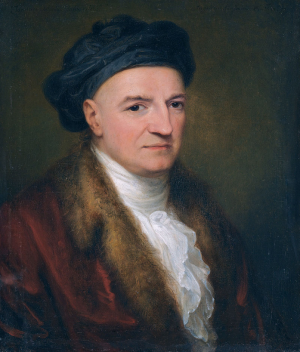 Giovanni Volpato (Bassano del Grappa 1735 – 1803 Rome) is best known as an Italian engraver. He was also an excavator, dealer in antiquities and manufacturer of biscuit porcelain figurines.

Giovanni Volpato was born in Italy in 1735, at Bassano del Grappa (then in the state of Venice). He received his first training from his mother, an embroiderer, and then studied under Giovanni Antonio Remondini. In 1762 he went to Venice and worked with Joseph Wagner and Francesco Bartolozzi, engraving several plates after Piazzetta, Mariotto, Amiconi, Zuccarelli, Marco Ricci and others. He worked for some time for the Duke of Parma, until a plate of the Monument of Francesco Algarotti in Pisa brought him wider notice.

In 1771, following a suggestion of his patron Girolamo Zulian, he moved to Rome, where he founded a school of engraving and gained a reputation for his series of plates after the frescoes of the Raphael Rooms and Loggias in the Vatican (1770-1777). Some of these plates were hand-colored by Francesco Panini, and did not necessarily reproduce the actual design or subjects of the Loggias’ vaults and pilasters, but they became much in demand among visitors to Rome. Volpato also engraved a set of plates after Annibale Caracci’s decorations in the Palazzo Farnese.

Volpato was a friend of the British painter and antiquarian, Gavin Hamilton. When Volpato himself became an excavator, he supplied Hamilton with some sculptures and engravings for his Schola Italica Picturae, while Hamilton introduced him to clients interested in his findings and publications.

Volpato made excavations in Ostia (1779, with the antiquarian Thomas Jenkins), Porta San Sebastiano (1779) and Quadraro (1780); and sold sculptures to king Gustav III of Sweden (1784), to the Vatican Museums, and to the British collector, Henry Blundell. In 1788 he sold the celebrated Lante Vase to Colonel John Campbell. In 1792, in collaboration with Louis Ducros, he published a series of prints of the interiors of the new Museo Pio-Clementino.

In 1785, he established a porcelain factory that made ceramic replicas of Greco-Roman originals to satisfy the demand for antique art during the Neoclassic period.

One of his pupils was his son in law, Raffaello Morghen.