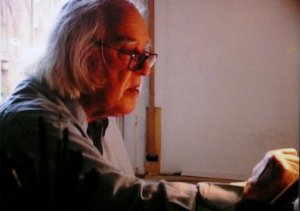 Born in Barcelona, he grew up in Paris, and in 1947 traveled to Mexico and the United States. He studied painting in Barcelona in 1948–50. In 1966–70 he explored the world of Marcel Proust’s work In Search of Lost Time in a suite of drawings which he exhibited at Trece Gallery in Barcelona in 1972. In 1980 he had a solo exhibition at Galerie Claude Bernard, Paris. In 1985 he was included in the group show Representation Abroad at the Hirshhorn Museum and Sculpture Garden in Washington, DC, USA.

Marsans painted many still-lifes and landscapes, usually in small formats and using mixed techniques. In 1985, John Ashbery wrote that Marsans’ works “suggest nineteenth-century American trompe-l’oeil painting. Steeped in the light of memory, a Coke can and a Bic lighter become votive objects…” Described as a realist, Marsans says of his relationship to realism: “One cannot paint what one sees…. One can only paint what one remembers…. It [realism] is the identification with some realities from the past“.