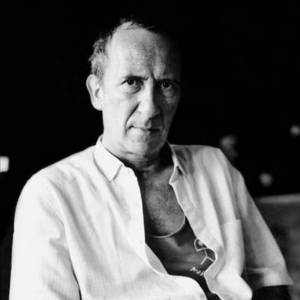 Muñoz was the son of Lucio Muñoz, a shopkeeper, and Nicolasa Martínez. Born on December 27, 1929 in Madrid.

In 1949, Muñoz enrolled at the Royal Academy of Fine Arts of San Fernando, where he obtained a degree in Fine Arts. While at the school, he met Amalia Avia; they married on January 15, 1960.

During a stay in Paris financed by a Spanish government scholarship in 1955–56, Muñoz was influenced by the art informel. He worked with various materials, such as burnt paper and wood, in addition to canvas. He pierced, bent, and made cuts in the canvas, like informalist artists. He is particularly known for his innovation in his works on wood, which he fully incorporated into the works; burns, carving, and paint mixed with materials such as marble dust, sawdust, and pulverized minerals were among the techniques he used to create the works he referred to as pseudo-paintings.

His works are in informal colors, with black predominating. The style of his later works was less aggressive, because he used other materials.

His works include murals for the European Union building in Brussels and the chamber of the Madrid Parliament. His mural at the Basilica of Aranzazu won the Gold Medal at the Salzburg Biennial of Sacred Art.