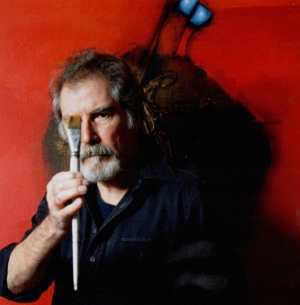 Modest Cuixart, a catalan painter, was membre of the “Dau al Set” group.

Dau al Set the first post-World War II artistic movement in Catalonia, was founded in Barcelona in October 1948 by poet Joan Brossa. The avant-garde group had connections to the Surrealist and Dadaist movements and stressed the importance of both the conscious and unconscious in their works. The group’s name, Catalan for “the seventh face of the die”, expressed its rupturist character.

The group had a popular magazine journal of the same name, Dau al Set.