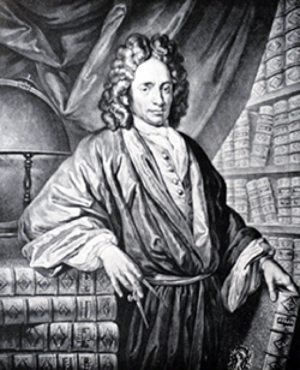 Pieter Mortier (1661–Amsterdam, 1711) was an 18th-century mapmaker and engraver from the Northern Netherlands.

He traveled to Paris in 1681-1685 and won the privilege in 1690 of publishing maps and atlases by French publishers in Amsterdam. He used this privilege to win a similar set of privileges for printing an “illustrated print bible” in 1700.

Mortier was born in Leiden. According to Houbraken, David van der Plas worked with him on etchings for Bybelsche Tafereelen (Bible stories), published in Amsterdam in 1700.