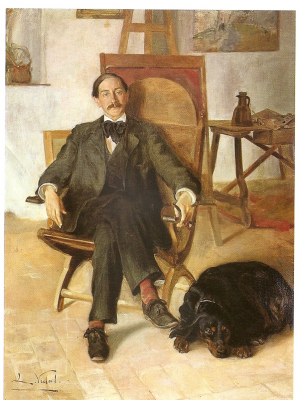 He joined the painters Isidre Nonell, Joaquim Mir, Ramon Pichot and Juli Vallmitjana into the League of Saffron, named after the colors employed in their works.

He began his studies at the Escola de Llotja, , but left unfinished to go out and paint in the street with his friends. He traveled to Caldes de Boí with Nonell in 1896 and a year later to Paris, where exhibit in the gallery Chez Dosbourg with great success. Nonell returned to Barcelona and Canals stayed working for Durand-Ruel, who will organize exhibitions in Europe and the United States.

His main works are in the Museu Nacional d’Art de Catalunya (MNAC) and also can be found in Biblioteca Museu Víctor Balaguer (at Vilanova i la Geltrú).