A new generation of Museums Patrons

Several hundred millennials mingled under the soaring atrium of the Guggenheim Museum on Fifth Avenue one frigid February night. Weaving around them were black-clad servers bearing silver trays piled high with doughnuts, while a pixieish D.J. spun Daft Punk remixes.

The occasion was the museum’s annual Young Collectors Party, and the increasingly tipsy crowd thronged in a space usually filled with visitors eager to see the 73-year-old institution’s priceless artworks. But on this night, the galleries displaying an exhibition of Italian Futurism were mostly cordoned off. Instead, youthful, glamorous and moneyed New Yorkers were the main attraction.

Many museums, including the Guggenheim, view events like this as central to their public programming. They get a new generation through the front door and keep potentially staid institutions relevant with a cultural landscape in flux.

But events like this are also, at some level, central to the future financial health of the museum. Before the Young Collectors Party, museum executives held an exclusive dinner for a select group of young donors already contributing at a high level. If all goes well, some of those in attendance will one day become trustees of the Guggenheim. Together, the dinner and the party took the museum one step closer to cementing relationships with these rising philanthropists and their friends. 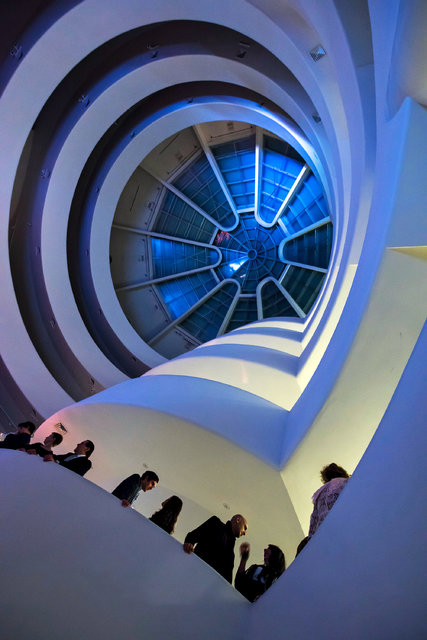 “You don’t just go on the board overnight,” said Catherine Dunn, the Guggenheim’s deputy director of advancement. “You engage people in the life of the museum so that they can ultimately join the board.”

Across the country, museums large and small are preparing for the eventual passing of the baton from the baby boom generation, which for decades has been the lifeblood not only of individual giving but of boardroom leadership. Yet it is far from clear whether the children of baby boomers are prepared to replicate the efforts of their parents.

While charitable giving in the United States has remained stable for the last 40 years, there is reason for concern. Boomers today control 70 percent of the nation’s disposable income, according to data compiled by the American Alliance of Museums. Millennials don’t yet have nearly as much cash on hand. And those who do, the alliance found, are increasingly drawn to social, rather than artistic, causes.

Now, as wealth becomes more concentrated, tax laws change and a younger generation develops new philanthropic priorities, museums — like other nonprofit organizations — are confronting what, if unaddressed, could become an existential crisis.

“The generational shift is something a lot of museums are talking about,” said Ford W. Bell, president of the American Alliance of Museums. “The traditional donors are either dying, stepping back or turning it over to their children or grandchildren.”

Generational change is always occurring as new blood takes the place of the old. But as the boomers’ children take over, there is concern among administrators and trustees that millennials are not poised to meet the financial and leadership demands of increasingly complex — and expensive — museums.

Two-thirds of millennials want specific information about how their dollars will “make a difference,” according to the 2011 Millennial Donors Report. That can pose a problem for museums, which rely on individual donations to support everyday operations and build endowments.

“Younger philanthropists and donors today are looking for measurable results,” Mr. Bell said. Moreover, many are disinclined to contribute to long-term capital campaigns. “An older generation of philanthropists really understood the value of an endowment,” said Maureen Robinson, a member of the Museum Group, a consortium of senior museum professionals. “But endowments are looked at by younger people as dead money. They think, ‘I’m giving you a dollar to do something different.’ ”