Núria Güell has a strict positioning oriented to create mechanisms for dissent, Núria Güell’s work addresses to reformulate the limits of legality. Abuse of power by institutions is detected by her through a study of the established legality. Her projects develop as disruptive tactics in specific contexts which engage and collaborate with agents and institutions, creating multidisciplinary networks.

Joan M. Minguet  is Professor in Contemporary Art History and History of Cinema at the Universitat Autònoma de Barcelona. He has published more than 25 books in these fields. He has also been the curator or he has collaborated on various exhibitions about Joan Miró (Tate Gallery), Salvador Dalí (Centre Pompidou), Catalan Avant Garde, Georges Méliès, and the circus. He has published research articles in several magazines. Now he is the president of the Catalan Association of Art Critics (AICA-Catalonia).

Núria Güell (N.G.) and Joan M. Minguet (J.M.) has a conversation on  Art, Thought, and Commitment published on The Brooklyn Rail on May 16th, 2014. And that it’s the result:

Núria Güell: A constant concern in my projects is that of expanding the limits of the art institution, colluding with it, using its infrastructure—human, legal, financial, etc.—and legitimating it according to the requirements of each project. This operation obliges institutions to extend certain limits that transcend the use that can be made of exhibition space or walls. Do you think that the contributions made by critics can encourage this expansion? 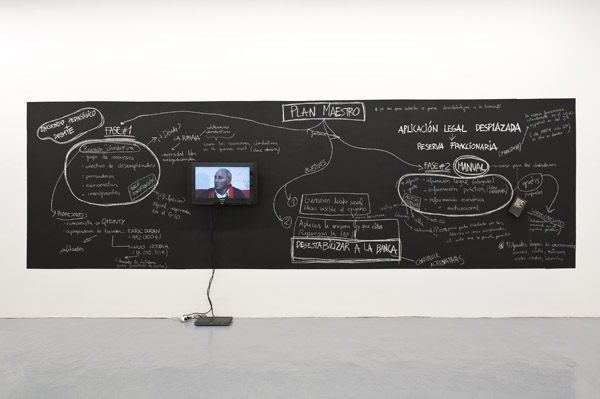 Joan M. Minguet: Impressionistic or aesthetic criticism in societies where social inequalities are extreme is neither here nor there. Art as mere decoration, something neutral, is out of place. As one of the verses by Spanish poet Gabriel Celaya reads, “Maldigo la poesía de quien no toma partido hasta mancharse” (I curse the poetry of all who won’t take sides until the knife’s at their throat). Now, the truth is that commitment is full of traps: history shows us that the system is capable of absorbing, of incorporating all the cries that are raised against it. Art and criticism must be in constant tension.

N.G.: As artists, many of us habitually create complicities with other spheres of knowledge, like law, sociology, anthropology, economy. Is this the case in the field of art criticism? Do you believe in an expanded criticism? Are you interested in the concept?

J.M.: I can only think of art criticism, artistic thought, in this expansive way you have mentioned. Diderot exemplifies the critic who has broad cultural horizons, not a thinker focused exclusively on art. In the early ’70s Christian Metz said that critics had to be competent in areas such as history, art history, philosophy, economics, and aesthetics. In the art of today, such contagions are even more obvious. We need a very open vision, an expanded vision as you put it.

N.G.: Most of my projects are intended to provoke thought and generate discourse, but also to work as an emancipatory resource to be used by whomever should choose to do so. Where is the parallel with art criticism? Or do all critical discourses have an emancipatory will?

J.M.: Art criticism can only be understood from a transformative perspective, like art itself. Don’t forget that Bertolt Brecht declared that art isn’t a mirror that reflects reality but a hammer with which to shape it. This is a utopian idea, but critical thought, like art, must generate new ideas and destroy mental peace. The opening of the mind isn’t a fracture of the skull, to affirm an Italian joke. Criticism is nothing if it has no discourse; opinions expressed in tweets have no discourse, they are not thoughts, and today’s society seems to tend to turn everything into a tweet that may be very forceful yet is devoid of theoretical deployment. 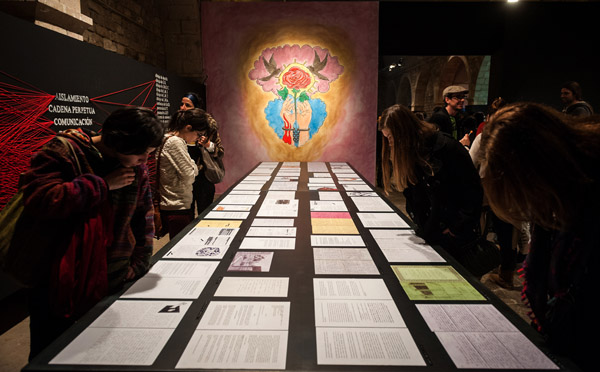 N.G.: Our work as political artists is always expected to show an extra degree of responsibility. I disagree with this exclusiveness, for we must all assume this responsibility, whether our contribution inspires a transformation of the status quo or whether it preserves it as it is. How does this responsibility translate into art criticism?

J.M.: Those critics who say that everything they see is first rate may be greatly praised by the system, adored by dealers and perhaps even by artists, yet in my opinion they are intellectual frauds. Baudelaire’s idea that criticism must be partial, passionate, and political is often quoted, yet we should stress that the French poet suggested this model “provided always the one adopted opens up the widest horizons.” To open horizons in the field of thought is to be brave. To draw up a history of contemporary art seems an easy task, but it isn’t at all easy if the writer thinks that he must first decide on certain aesthetic, political, and social perceptions.

N.G.: Over the course of history a number of critics stood out for the way in which they approached and examined certain “-isms,” legitimizing them. Do you think criticism could exist independently of art movements and establish its own parameters? Could criticism inspire art instead of vice versa?

J.M.: Well, it has happened. There have been critics who have successfully led artistic movements; thinkers who have drawn up theoretic presuppositions that have exerted an influence on artists of their time or of the future. The problem for me is the idea of legitimation. Who provides legitimation? The system? It’s very difficult to escape from these legitimating channels if the system is able to absorb art or critical artistic thought. And if it doesn’t absorb you it can destroy you. The university should return to its role of promoting a critical spirit, and the Internet should continue to produce ideas and works outside of the market, but it’s all very difficult. 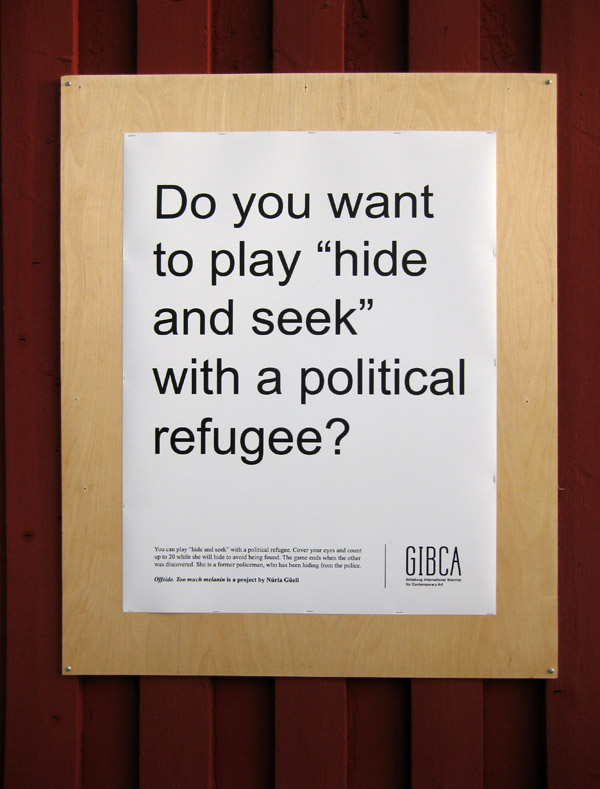 N.G.: Art is nourished by literature. In my opinion, narrative plays an important part in the construction of visual works. Can the same be said of criticism? What use does criticism make of plastic resources, if any?

J.M.: The crux of criticism is the word. The limits of my language are the limits of my world, said Wittgenstein. Thought can only be expressed through words, but we are speaking of visual things. This is the tension in which we live. Our point of departure is paradoxical: the creation of verbal discourses starting from images. But when criticism has managed to transcend this paradox the results have been laudable, as is evident in the writings of Guy Debord, Clement Greenberg, John Berger, Arnau Puig, among others.

N.G.: Don’t you think that sometimes we’re too complacent? I take it for granted that there is criticism by omission, but don’t you believe we can end up avoiding responsibilities? In your opinion what are the critical parameters for assessing a political work of art?

J.M.: As you know, Jacques Rancière said, in his analysis of a work by Martha Rosler, that the problem with political art is that it only acts on those spectators that were already politically aware before seeing the work. The objective of art criticism isn’t just to emphasise the goodness of the great works of art of the past; the art of today has to vex spectators. Those of us who write on art cannot limit ourselves to raising awareness of great art, but have to take advantage of art to acquire knowledge about the society in which we live.