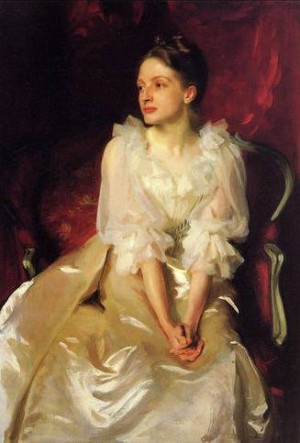 In the spring of 1925, the famed painter John Singer Sargent was preparing to travel from London to Boston. His plan? To oversee the final installation of murals he’d created for the Museum of Fine Arts — mythic works that would join similar paintings at the Boston Public Library and Harvard’s Widener Library, cementing the artist’s relationship with the city he loved.

But Sargent never made the trip: He died in his sleep before embarking on the voyage.
Now, some 90 years later, Sargent is returning to Boston — this time for good. The MFA has acquired an enormous trove of Sargent letters, sketches, and other memorabilia, which it is using to establish the John Singer Sargent Archive. The definitive scholarly resource will complement the museum’s already wide-ranging collection of approximately 500 Sargent paintings, sculptures, watercolors, drawings, and murals.

“The MFA is the place where you can find Mr. Sargent,” MFA director Malcolm Rogers said to Malcolm Gray, a journalist of The Boston Globe (June 2, 2015). “Boston is Sargent’s city. He had exhibitions here, he painted commissions here, and many of his friends were here, so it’s a natural thing for the MFA, which already has a fantastic collection of Sargent material, to add to that.”

The gift comes from Richard and Leonée Ormond and from Warren and Jan Adelson, who for nearly four decades have been compiling the collection. With others, Richard Ormond and Warren Adelson also are completing a nine-volume catalogue raisonné of Sargent’s work, a comprehensive listing of his known oils and watercolors. The donors said they chose the MFA for the gift, which contains nearly 5,000 items, because of the museum’s commitment to establish a study center for Sargent.

“We weren’t getting any younger, and what was going to happen to all these materials? We didn’t want it to die a quiet death in aspic,” said Richard Ormond, a prominent Sargent scholar and the artist’s grandnephew, speaking by phone from England. “The thought of Boston? [We] sort of fell on each other.”

Warren Adelson, a New York-based art dealer, said the collectors had wondered for years where to house the sprawling archive, which contains correspondence with friends, family heirlooms, photographs and caricatures of the artist, items bought at auction, and scholarly resources compiled by others. Adelson said they decided on the MFA after meeting with Rogers, who worked with Ormond at the National Portrait Gallery in London in the 1980s.

“It took a while to gain some understanding of just what this creature was we’d created, and what zoo would be the best to house it,” said Adelson. “When Malcolm Rogers described his plans for a study center in the [Forsyth Institute] building across the way, that really gave us a thought of how Boston could be a place not only to house it, but also carry on with the academic research and at the same time show the material and preserve it.”

The MFA purchased the Forsyth Institute in 2007, aiming to eventually transform it into a broad-based research center for students, scholars, and the public. “I said to [Ormond], ‘This would make a wonderful start to the museum’s vision of creating a study center,’ ” recalled Rogers, who will step down as director at the end of July.

While the Sargent papers and other items will arrive incrementally over the next decade or so, the first 128 pieces have already entered the museum, including many of Sargent’s letters to Claude Monet, caricatures by Henry Tonks and Max Beerbohm, and photographs of the artist’s studio. The items will be included in “Yours Sincerely, John S. Sargent,” a show featuring a portion of the archive along with other Sargent-related items that opens July 25 at the MFA.

By turns wry, sensitive, and fiercely loyal, the Sargent that emerges from the letters is that of an artist deeply involved in the business side of his career and candid about some of his portrait subjects. Born to American parents in Florence in 1856, Sargent lived in Paris before moving to England. Best known for his portraits, he had deep ties to Boston.