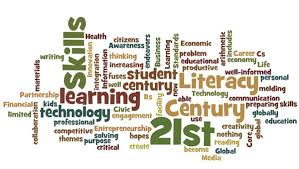 I recently read an article (on The Huffington Post, April, 6, 2015) about the imminent retirement of a local government arts council executive in the United States. The article pointed out the many challenges that this executive faced over the past decade. It made me realize how difficult the 21st century has been for all of us who work in the arts.

We have faced:
-A highly volatile economy that had a few major highs and some devastating lows. The bursting of the tech bubble was followed quickly by the horror of September 11, 2001 and the subsequent economic decline. A few years later, in 2008, the stock market cratered, and the recovery has been long and slow. While our most affluent donors may have regained their wealth, many of our audience members and supporters have still not recovered. They simply do not have the resources to buy as many tickets or to donate as much as they have in the past.
-A steady reduction in arts education programming that began in the later years of the last century. We now have our first generation of college graduates in the USA who did not have comprehensive arts education in their schools. While there are many young people with strong interests and backgrounds in the arts, a far larger percentage knows little or nothing about opera or ballet or symphonic music.
-The loss of many of our most loyal donors. For some organizations, this meant the loss of corporate support from companies that either ceased to exist or were forced to reduce their support. For others, it meant American state and local government agencies whose budgets have been cut, often drastically. And for many arts institutions, our most important individual donors have aged to the point that their children are now making the family’s giving decisions. Too often, this means that support that went to the arts is now going to other (important) causes.
-Major cutbacks in arts coverage in the media. As newspapers have struggled to balance their budgets, they have systematically reduced the number of arts journalists they employ. This loss of coverage has affected the ability to attract audiences and donors.
-Increased competition from online entertainment options, many of which are very inexpensive or free.

Taken together, these trends have all made it difficult for arts institutions to pursue their missions while balancing their budgets. While some arts institutions are still doing well on both fronts, I have never observed a time when so many of our organizations, large and small, are unsure how to move forward. This insecurity has caused rifts between staff and board members in too many organizations; the search for approaches to address our challenges will only come to a satisfying conclusion if we are willing to work together on solutions.

And organizations that believe that acknowledging these trends without addressing them are not going to do well. It will take strong plans–for art-making and for revenue-generation–and even stronger plan implementation to survive, let alone thrive, in this century.

Really, it will be, probably, a difficult century…