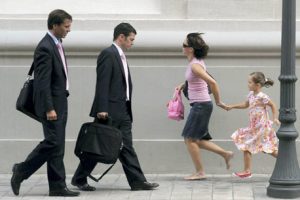 Our politicians hate culture; our media have given up serious reporting; our tech firms have stolen our content; our citizens are in hock to celebrity; our creators cannot make ends meet. To read Scott Timberg’s lament (“Culture Crash: The Killing of Creative Class”, Yale University Press, 2015) about the creative class is to despair about the state of Occidental societies.

The author – one of an army of journalists (now freelance at The New York Times) and creatives who have been shunted out of good jobs and into the badlands of freelance – manages to be very right and very wrong at the same time. He bemoans the demise of a golden era, the late 60s to early 90s, when the public arts were celebrated as never before. Independent bookshops flourished; artists could sell their wares and enjoy a decent life; musicians did not have to reckon with illegal downloads and the scraps off the table from iTunes. He notes that when Kodak was sold to Instagram, an established company with 140,000 employees succumbed to an upstart with 13.

His part-history, part-analysis provides absorbing detail of the demise of the mid list – the authors, painters, designers, architects and actors who did not become famous but whose contribution to the greater good should be celebrated rather than relegated to average annual earnings of under 20,000 €.

As a result of the denigration of cultural education and disinvestment in the public arts (as much in the European countries, which is mentioned in passing, as in the US), the author correctly points to the narrowing of access and opportunity: “What’s changed is the ability for people who didn’t have the foresight to be born into wealthy families to earn a middle-class living in creative fields.” Note the American obsession, as personified in President Obama’s recent State of the Union address, with the honorable and beleaguered “middle class”.

Art as “elitist” is a tag that resonates on both sides of the pond. Timberg recalls that when the Louisville Orchestra went under, the response of some readers in the local Kentucky paper was contemptuous. One wrote: “Pack up your fiddles and go home, boys and girls. Maybe find real jobs.”…

Issues such as these are finally moving up the political agenda in Europe. While the commercial creative sector grows at three times the rate of the rest of the European economy, Burberry sells more handbags than ever and ITV exports more Downton Abbey than ever, the public organizations that produced the talent over the last 30 years are being starved of funds. Meanwhile, Nicky Morgan, the education secretary in the UK, tells young people not to bother studying the arts if they want to have prospects in life (something she now says she didn’t really mean).

The challenges are immense, no matter who wins the election. Yet Timberg falls into a familiar trap. For all the technology-economic problems facing the “creative class”, there is no shortage of entrepreneurial talent. And entrepreneurialism and culture are not antipathetic. As the author points out, throughout history they have more often than not worked in harmony. The older order, whether he likes it or not, will not return. The challenge is to find a new and sustainable settlement – for the good of society.