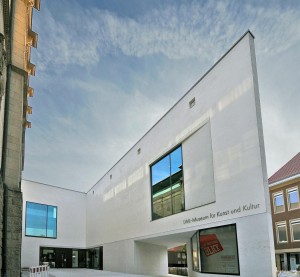 The director of the Münster art museum here dreads the idea of losing some of his town’s biggest cultural attractions. He worries about a Henry Moore sculpture that has been on exhibition for almost 40 years, knowing it could vanish along with Renaissance panels and Eduardo Chillida benches in a sale to settle government debts.

“There’s an expression in German: ‘Don’t sell your family silver,’ ” said Hermann Arnhold, the director of the Westphalian State Museum for Art and Cultural History, in ‘The New York Times, on April 4, 2015. “Would you sell the story of your family? If you sell important artworks, that means selling a part of your history.”

Yet, what once seemed unthinkable is suddenly palatable in Europe: The continent’s art treasures more and more are losing sacred status as an inheritance belonging to the people.

With government subsidies to public institutions being cut back, museums in countries like Britain, the Netherlands and Germany need the income from art sales to close budget gaps, make repairs or finance expansions. That has led to fears that masterpieces will disappear from public view to adorn the living room walls of a Saudi prince or hedge-fund billionaire.

“If you want to safeguard cultural identity, you cannot sell the best pieces of your collection,” said Marilena Vecco, an assistant professor of cultural economics at Erasmus University in Rotterdam. “This is the challenge for all museums.”

The cutbacks in cultural subsidies in France prompted lawmakers in December to raise the notion of strategic sales of works in the nation’s vast art reserves to pay for acquisitions.

Some museums in Britain have already shed important works, including a 4,500-year-old Egyptian statue, or are arranging to sell objects to create an endowment to help offset government cutbacks.

The Portuguese government is also weighing a sale this year of 85 works by Miró to cover the cost of bailing out and nationalizing the bank that owned them. Demand for art is high, driven by the deep pockets of the ultra-rich, and the sale of a single treasure can bring in millions.

In England, Museum trade associations complain that local politicians are increasingly pressuring museum managers to turn over lists of high-value artworks that they can include in their budgets as assets.

“They treat it like some gold reserve,” said Eckart Köhne, the president of the German Museum Association, a trade group for more than 800 museums. “In the past there was general consensus that once objects belonged to the state, that it was absolute, with rare exceptions. Now they are using art to save banks.”…

The polite word in the art world for such sales is “deaccessioning,” and it was once seen as a taboo.
In Britain, the Northampton Museum was stripped of its accreditation and became ineligible for national government grants after the sale of the Egyptian statue to finance a museum remodeling. The sale drew the ire of the British Museums Association and other groups because it was not clear to them the money would actually be used for a construction project. It disapproved of using the proceeds of the sale to compensate for budget cuts by the central government. Since then, the British culture minister imposed a temporary ban on the sale to provide time to seek another solution.

Other British museums are weighing sales for similar reasons, said Sharon Heal, director of the national Museums Association. Last month the association and other major funding organizations announced they would shun museums whose sales ignored ethical guidelines, calling them “a breach of trust with the public”. That would affect grants and ban loans of art to a discredited museum.

In the Netherlands, a private foundation was created in 2012 to sell objects — what it calls “disinherited works” — online and from a storage center. These are paintings and watercolors from the reserves of institutions and a collection of antique typewriters, quills and inkwells from the Scryption, a museum in Tilburg devoted to the history of writing, which lost its municipal funding and closed.

What is the solution? More public investment, buy, buy the ‘disinherited works’? Certainly, we have a problem and the solution is not easy…