Irony, is ruining our culture? 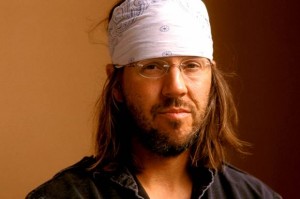 Percy Shelley famously wrote that “poets are the unacknowledged legislators of the world.” For Shelley, great art had the potential to make a new world through the depth of its vision and the properties of its creation. Today, Shelley would be laughed out of the room. Lazy cynicism has replaced thoughtful conviction as the mark of an educated worldview. Indeed, cynicism saturates popular culture, and it has afflicted contemporary art by way of postmodernism and irony. Perhaps no recent figure dealt with this problem more explicitly than David Foster Wallace in “Salon”, April 13, 2014. One of his central artistic projects remains a vital question for artists today: How does art progress from irony and cynicism to something sincere and redeeming?

Twenty years ago, Wallace wrote about the impact of television on U.S. fiction. He focused on the effects of irony as it transferred from one medium to the other. In the 1960s, writers like Thomas Pynchon had successfully used irony and pop reference to reveal the dark side of war and American culture. Irony laid waste to corruption and hypocrisy. In the aftermath of the ’60s, as Wallace saw it, television adopted a self-deprecating, ironic attitude to make viewers feel smarter than the naïve public, and to flatter them into continued watching. Fiction responded by simply absorbing pop culture to “help create a mood of irony and irreverence, to make us uneasy and so ‘comment’ on the vapidity of U.S. culture, and most important, these days, to be just plain realistic.” But what if irony leads to a sinkhole of relativism and disavowal? For Wallace, regurgitating ironic pop culture is a dead end:

“Anyone with the heretical gall to ask an ironist what he actually stands for ends up looking like an hysteric or a prig. And herein lies the oppressiveness of institutionalized irony, the too-successful rebel: the ability to interdict the question without attending to its subject is, when exercised, tyranny. It [uses] the very tool that exposed its enemy to insulate itself.”

So where have we gone from irony? Irony is now fashionable and a widely embraced default setting for social interaction, writing and the visual arts. Irony fosters an affected nihilistic attitude that is no more edgy than a syndicated episode of “Seinfeld.” Today, pop characters directly address the television-watching audience with a wink and nudge. (Shows like “30 Rock” deliver a kind of meta-television-irony irony; the protagonist is a writer for a show that satirizes television, and the character is played by a woman who actually used to write for a show that satirizes television. Each scene comes with an all-inclusive tongue-in-cheek.) And, of course, reality television as a concept is irony incarnate.