The Social responsability of Art 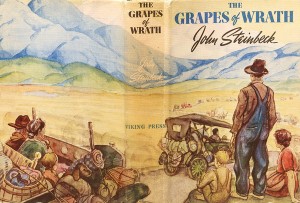 For the past few years, like a lot of other people, I’ve been preoccupied — sometimes to the point of obsession, lost sleep, free-floating dread and active despair — by the economic state of the world. I spend more time than is healthy pondering the global labor market, the minimum wage, rising inequality, the collapse of the middle class, Thomas Piketty, Janet Yellen and the gross domestic product in China, India and Brazil. Closer to home, I’m grateful for my luck and worried about my neighbors, anxious about my children’s prospects and troubled by the fissures that divide my city and my country.

Strictly speaking, none of this has much to do with my designated area of professional expertise, which could reasonably be defined as writing about the stuff that people seek out to escape such worries and anxieties. Serious art and popular entertainment offer refuge and distraction. Their pleasures and comforts are not trivial, but essential. Art is the domain of solved problems, even if the problems are formal and the solutions artificial.

But if art, ideally, floats free of the grim reality of work, need and sustenance, that reality is nonetheless its raw material and its context. Intentionally or not, artists in every form and style draw on and refashion the facts of life that surround them, and the resulting work takes its place among those facts. What I’m grandly and abstractly calling “works of art” are more concretely and prosaically books, songs, movies, plays, television series, environmental installations, paintings, operas and anything else that falls into the bin of consumer goods marked “Culture.” These goods are bought and sold, whether as physical objects, ephemeral real-time experiences or digital artifacts. Their making requires labor, capital and a market for distribution. The money might come from foundations, retail sales or advertising revenue. The commerce between artist and public is brokered by the traditional culture industry (publishing houses, television networks, record labels and movie studios) and also by disruptive upstarts like Amazon, Netflix, Google and iTunes. But the whole system, from top to bottom, from the Metropolitan Opera House to the busker in the subway station below it, is inescapably part of the capitalist economy.

And that economy, in turn, provides an endless stream of subject matter. Much as I respect the efforts of economists and social scientists to explain the world and the intermittent efforts of politicians to change it, I trust artists and writers more. Not necessarily to be righteous or infallible, or even consistent or coherent; not to instruct or advocate, but rather, through the integrity and discipline they bring to making something new, to tell the truth.

If I want to understand the dreams of the gentry and the nightmares of the poor in early-19th-century England, I turn to Jane Austen and William Blake. All the news you need about class divisions in Paris and London later in that century can be found in the pages of Balzac, Dickens and Zola. The history of European painting from the Renaissance to World War I is, in large measure, the history of power, wealth and social status. In the 20th century, film, theater and television tell the same story, as comedy, tragedy, thriller and farce. Class consciousness in Depression-era Hollywood ranged from tuxedoed and mink-coated swells in Manhattan penthouses to strikers on the picket line. Postwar Broadway was the kingdom of Willy Loman and Stanley Kowalski, and as television became a fixture of middle-class homes, it chronicled the struggles and aspirations of families —the Simpsons, for example— trying to achieve or maintain middle-class status.

And now? Should we be looking high or low? Are sitcoms or science-fiction allegories or realist dramas? I want to go further. I want to know more about the political economy of art at the present moment, to think about how artists are affected by changes in the distribution of wealth and the definition of work, and about how their work addresses these changes. So I decided to ask them.

My interest is to know about what art has done and should do at this moment of political impasse, racial tension and economic crisis, which at once resembles earlier such moments and has its own particular character. The social responsibility of art has been a topic for debate since the ancients. But the answers that came back testify to the complexity and the urgency of the issue.