Shaking up Italy’s Most Popular Museum

While the Uffizi has to contend with crowd control (see the precedent article published in this Blog), other Italian museums have exactly the opposite problem. Near the Uffizi, in Florence, is the Bargello Museum, renowned for its Renaissance sculpture and one of the best collections of Islamic art in Italy. Its new director, Paola d’Agostino, who returned to her native Italy from the Yale University Art Gallery, is trying to set standard opening hours rather than the current ones resulting from state-employed guards who work complicated shifts.

The Bargello Museum, which has merged with four other small Florentine museums, also lacks staff, a collections catalog and a database. Ms. D’Agostino inherited a €2 million’s deficit. “I’m also the marketing department, development and Human Resources,” she said. Still, the biggest success of the reform is “the fact that people talk about museums, cultural heritage all the time,” she said. “Even the critics.”

Some of the new museum directors say the single biggest challenge is not being able to hire and fire.

“The key to sustainability is to have a structure that gives complete autonomy over staff and budget,” said James Bradburne, the new Canadian and British director of the Pinacoteca di Brera in Milan, one of Italy’s most important collections. On his watch, the museum has reinstalled several galleries and asked writers including Orhan Pamuk to create wall labels. “We haven’t won any battles or won the war, but we’ve shown that the path we’re following is a legitimate one,” Mr. Bradburne said.

To attract visitors to the Capodimonte Museum in Naples, its new director, Sylvain Bellenger, who is French and came from the Art Institute of Chicago, set up a shuttle bus to take people from downtown Naples up the hill to the museum, which is in a park that has a stunning view of the Bay of Naples. 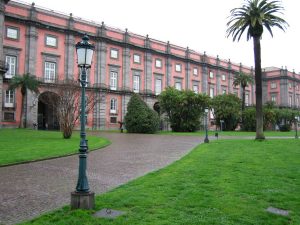 But old political habits die hard. There aren’t enough guards to keep all the rooms open because their contract grants them many days off. “Local interests, clientelism, the appearance of respect for democracy which is in fact clientelism might be the main obstacles,” Mr. Bellenger said, referring to Italy’s entrenched jobs-for-votes culture. No new, but a hard and interesting approach to resolve the daily and traditional obstacles and problems.

Mr. Franceschini, the culture minister, said he was pleased with how the changes were taking hold. “Such a profound reform will naturally meet resistance,” he said in a recent interview in Rome. “If the changes are real, they will meet resistance. If everyone likes them, they’re false.” Also, no new, but courageous for a Minister of Culture.

He said that in 2015, attendance to Italy’s state museums was up by five million visitors, to 43 million. The ministry is searching for new directors at nine more newly autonomous museums. For the first time in two decades, it is also holding a state competition to hire 500 more art historians and archaeologists for sites across Italy. New and courageous, in Italy, and also for the rest of the world.