Supporting the National Endowment for the Arts 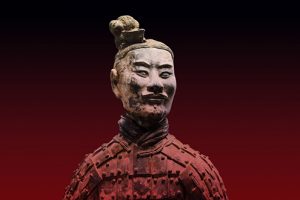 I completely agree with this text wrote by Thomas P. Campbell, Director and chief executive of the Metropolitan Museum of Art (New York City, USA), and published in The New York Times on February, 22:

“Four years ago, in a small warehouse in central China, a team of Chinese archaeologists showed me objects that they had unearthed from a nearby ancient tomb. Laid out on a folding table was an exquisite array of vases, ritual vessels and a set of heart-stoppingly beautiful silver gilt tigers and dragons that fit in the palm of my hand, perhaps part of a long-forgotten regal board game.

These finds were a keyhole through which we could glimpse the sophistication of the Han dynasty rulers, who, 2,000 years ago, conquered and united the enormous region that was to become modern-day China.

This week, curators and conservators from the Metropolitan Museum of Art (Met) are in Beijing working with Chinese colleagues to pack these and other objects for transportation to New York, where they will be featured in an exhibition this spring. Supported in part by the National Endowment for the Arts (N.E.A.), the exhibition, “Age of Empires,” will teach our visitors about the origins of China, the superpower that is now playing a major role in the balance of world power and trade.

Although the N.E.A. grant was a small part of the exhibition’s overall budget, it was crucial in persuading others to add their support. Similar grants have helped the Met mount exhibitions on the art of Jerusalem, India, Korea, Islam, Africa and Afghanistan.

Sadly, it has become clear that the N.E.A. is, once again, under threat of being abolished, along with the National Endowment for the Humanities. The purported reason is cost savings.

All too often, art is seen as a “soft” subject, the first thing to be cut, whether by local school boards or the federal government, when money is tight. But looked at purely in dollars, it is a false saving. The N.E.A.’s budget is comparatively minuscule -$148 million last year, or 0.004 percent of annual federal discretionary expenditures- while the arts sector it supports employs millions of Americans and generates billions each year in revenue and tax dollars.

The United States has no ministry of culture. In this vacuum, the N.E.A., founded in 1965, serves three critical functions: It promotes the arts; it distributes and stimulates funding; and it administers a program that minimizes the costs of insuring arts exhibitions through indemnity agreements backed by the government. This last, perhaps least-known responsibility is crucial. This fall, the Met will host a major exhibition on Michelangelo that will bring together masterpieces from across the world. The insurance valuation is a whopping $2.4 billion — not even our museum, the largest art museum in the nation, could come close to paying the premium for such coverage without the federal indemnity the N.E.A. makes possible.

The grants, of course, receive the most attention, if not as much as they deserve. Thousands are distributed in all 50 states, reaching every congressional district, urban and rural, rich and poor. The N.E.A. leverages its tiny budget by giving out grants that require recipients to raise matching funds from other donors. Grants average $26,000 and require a one-to-one match for every federal dollar.

While this may sound small, it reflects the shoestring budgets on which many local organizations depend. These grants sustain the arts in areas where people don’t have access to major institutions like the Met. They support live theater for schools; music, dance and jazz festivals; poetry and literary events; arts programs for war veterans; and, of course, museum exhibitions.

Claiming that N.E.A. cuts are purely for cost savings conceals a deeper, more partisan agenda. The last time the N.E.A. was this under fire was during the 1990s, when funding was challenged for artists and institutions that refused to conform to a narrow definition of propriety. Cincinnati’s Contemporary Arts Center, which showed Robert Mapplethorpe’s photographs, and its director were even charged with obscenity.

I fear that this current call to abolish the N.E.A. is the beginning of a new assault on artistic activity. Arts and cultural programming challenges, provokes and entertains; it enhances our lives. Eliminating the N.E.A. would in essence eliminate investment by the American government in the curiosity and intelligence of its citizens. As the planet becomes at once smaller and more complex, the public needs a vital arts scene, one that will inspire us to understand who we are and how we got here — and one that will help us to see other countries, like China, not as enemies in a mercenary trade war but as partners in a complicated world.

In six weeks, dignitaries from nations around the world will gather at the Met for the opening of “Age of Empires.” And then, thousands of visitors will file into the museum, and they, too, will experience the thrill I had four years ago on that muddy flat in rural China. Even better, they will see these treasures in a historical and artistic context, so that when they leave they will have that much more understanding of China, from its ancient origins to its modern power.