The Venice Biennale, art and the refugee crisis

In 1992, amid the collapse of socialism and the tumultuous breakup of Yugoslavia, a group of artists came together to create a utopian fictional state. Part art project, part political statement, the state –called NSK– reconsidered what a modern globalized nation could be. It was rooted in no single territory and citizens were welcome from anywhere the world.

Now, 25 years later, NSK have set up a national pavilion at this year’s Venice Biennale and are handing out passports to anyone who wishes to become a citizen. 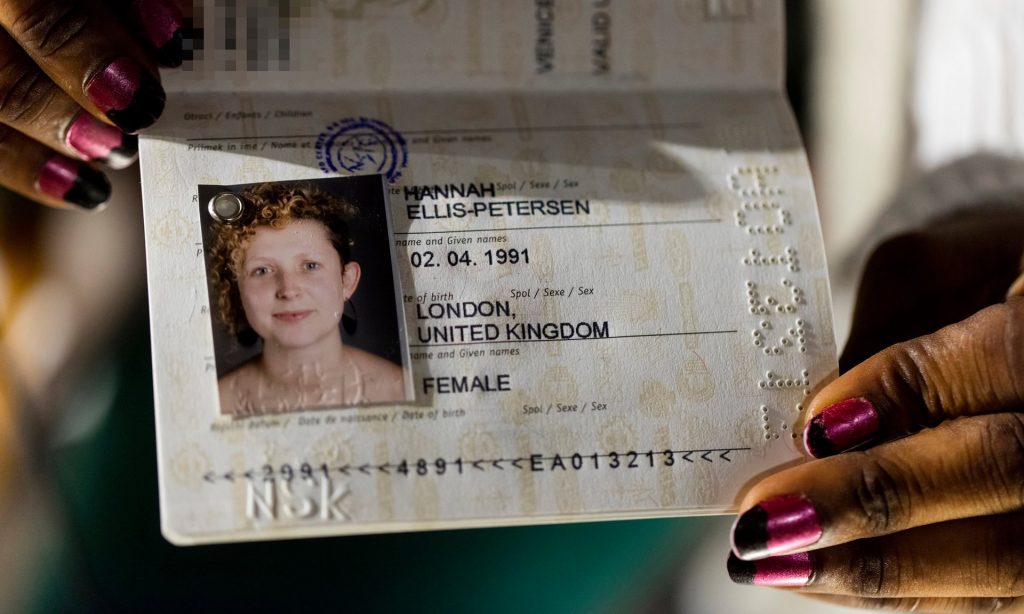 It marks a trend at this year’s Biennale, an event divided so obviously down national lines. While NSK are issuing passports that disregard national borders, the Tunisian pavilion have also chosen to eschew a traditional art exhibition, and instead have created a kiosk issuing “freesas” –documents representing an idyllic world where “human beings may flow freely from one nation to the next”.

Both are a direct response to the ever mounting refugee crisis and the rise of populist nationalism across Europe. And, in a potent reversal of power, both pavilions have also taken the step of putting refugees, or those who have attempted to flee their home country, in charge.

The NSK pavilion provides a particularly stark alternative to the Biennale’s 85 official pavilions, which each represent a country with defined territory, borders and laws. NSK citizens are global, its borders are non-existent and it does not have to compete with, or rely on, any other country. “NSK is not in competition with spatial states, so it can rethink what being and belonging might mean,” said pavilion curators Zdenka Badovinac and Charles Esche: “It can breathe the air of statehood without choking.”

There are 15,000 passport-holding citizens of NSK across the world, including Marina Abramovic, Slavol Zizek and Hans Ulrich Obrist, yet their decision to set up a pavilion as a passport office at the Biennale is not simply to swell their numbers.

The process of applying for a passport has been curated by artist Ahmet Ögüt to verge on both the absurd and the infuriating, putting the thousands of visitors who flow easily and legally through Venice briefly into the demeaning, bureaucratic nightmare that faces every refugee seeking asylum in Europe: “I was trying to challenge how we can move the NSK passport application from a symbolic exchange to something useful,” said Öğüt. “I wanted it to appear very friendly, but beneath the surface am very painful when it comes to getting the process done. You are traumatized just from the waiting and waiting, but I also tried to bring this mental experience of frustration and transform it into a playful experience in the space.”

Once in the NSK pavilion, visitors are put through a Kafkaesque series of obstacles. They enter through a dark curtain to find a steeply inclined floor that is almost impossible to climb without falling over: it often takes several attempts to reach the door at the top.

The desk to collect the passport sits on a platform high above the room, and those wishing to pick up their passports have to either move a vast steel staircase on wheels, or, for the more gymnastically inclined, use a small trampoline to bounce their way up.

The four officers appointed by NSK to process the legal papers of the state are also very different from the bureaucrats usually found sitting behind passport desks. With the help of local NGOs, NSK worked with four refugees, who had made perilous journeys from Nigeria, Ghana and India before ending up on Italy’s shores, and for the six months of the Biennale they will act as the pavilion officials.

While the NSK passport is a symbolic document that cannot be legally used to cross borders, it has been given meaning in the most unexpected of places over the past two decades.

The largest number of NSK passports was issued in Sarajevo in 1995, after the end of the war, for people looking for an alternative to the state that they legally belonged to.

Stranger still, in 2004, out of nowhere, thousands of passport applications started arriving at the NSK headquarters in Ljubljana from Nigeria. It emerged that word had spread in Nigeria that NSK was a beautiful country that was accepting new citizens. It became such an issue that the Slovenian foreign ministry asked NSK to publish a statement clarifying that an NSK passport was not an internationally valid travel document.

For Lina Lazaar, curator of the Tunisian pavilion, the driving force behind the freesas project was to “highlight the absurdity of a global system where we are defined by the legal documents we have or don’t have”.

The pavilion was not easy to pull off. As Tunisia’s first presence in Venice since 1958, getting permission from the Tunisian government for the project was a struggle, and it wasn’t until three days before the Biennale that the visas of the four young men who will man the freesa kiosks came through from the Italian government. They will last for only a month, after which Lazaar is hoping to involve refugees from the Venice area while the four reapply.