Gelonch-Viladegut, A.: “What is a work of Art?” 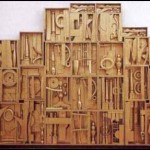 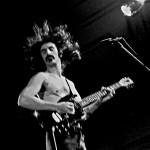 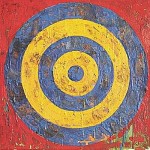 What is a work of art? Across historical and cultural eras, different definitions have been launched, but it’s not easy in anytime to define the result and the process of construction a piece of art, a work of art.

In my opinion, a work of art, artwork, art piece, piece of art or art object is an aesthetic physical item or artistic creation. Apart from “work of art”, which may be used of any work regarded as art in its widest sense, including works from literature and music, these terms apply principally to tangible, portable forms of visual art:
• An example of fine art, such as a painting or sculpture or engraving,
• An object that has been designed specifically for its aesthetic appeal, such as a piece of jewelry,
• An object that has been designed for aesthetic appeal as well as functional purpose, as in interior design and much folk art,
• An object created for principally or entirely functional, religious or other non-aesthetic reasons which has come to be appreciated as art (often later, and/or by cultural outsiders),
• A non-ephemeral photograph, film or visual computer program, such as a video game or computer animation, or
• A work of installation art or conceptual art.

Used more broadly, the term is less commonly applied to:
• A fine work of architecture or landscape design
• A production of live performance, such as theater, ballet, opera, performance art, musical concert and other performing arts, and other ephemeral, non-tangible creations.

This article is concerned, basically, with the terms and concept as used in and applied to the visual arts, although other fields such as aural-music and written word-literature have similar issues and philosophies and we present, also, some specialists in these areas of the cultural creativity.

The term objet d′art is reserved to describe works of art that are not paintings, prints, drawings or large or medium-sized sculptures, or architecture (e.g. household goods, figurines, etc., some purely aesthetic, some also practical).

The term oeuvre is used to describe the complete body of work completed by an artist throughout a career.

A work of art in the visual arts is a physical two- or three- dimensional object that is professionally determined or otherwise considered to fulfill a primarily independent aesthetic function. A singular art object is often seen in the context of a larger art movement or artistic era, such as: a genre, aesthetic convention, culture, or regional-national distinction. It can also be seen as an item within an artist’s “body of work” or oeuvre. The term is commonly used by: museum and cultural heritage curators, the interested public, the art patron-private art collector community, and art galleries.
Physical objects that document immaterial or conceptual art works, but do not conform to artistic conventions can be redefined and reclassified as art objects. Some Dada and Neo-Dada conceptual and readymade works have received later inclusion. Also, some architectural renderings and models of inbuilt projects, such as by Vitruvius, Leonardo da Vinci, Frank Lloyd Wright, and Frank Gehry, are other examples.

The products of environmental design, depending on intention and execution, can be “works of art” and include: land art, site-specific art, architecture, gardens, landscape architecture, installation art, rock art, and megalithic monuments.

This article has been divided in two parts: the first one present 50 different definitions or approaches to term of work of art. From Michelangelo to Keith Haring, from Goethe to Albert Camus, from Claude Monet to Michelle Obama, we are collected the most significant definitions about this expression. From painters to writers, from sculptors to mystics, from engravers to musicians, from designers to poets, the most significant human soul across the Humanity history gives us your understanding and thinking. The second part contains short biographies of these magnificent artists, of this magnificent people. To establish these biographies, we want express our gratitude for the helpful support of Wikipedia teams.

PART ONE: 50 QUOTATIONS CONCERNING THE WORK OF ART

“The work of art may have a moral effect, but to demand moral purpose from the artist is to make him ruin his work.”
Johann Wolfgang von Goethe (1749-1832)

“The real truthfulness of all works of imagination, sculpture, painting, and written fiction, is so purely in the imagination, that the artist never seeks to represent positive truth, but the idealized image of a truth.”
Edward G. Bulwer-Lytton (1803-1873)

“A genuine work of art must mean many things; the truer its art, the more things it will mean. If my drawing, on the other hand, is so far from being a work of art that it needs THIS IS A HORSE written under it, what can it matter that neither you nor your child should know what it means? It is there not so much to convey a meaning as to wake a meaning. If it do not even wake an interest, throw it aside. A meaning may be there, but it is not for you. If, again, you do not know a horse when you see it, the name written under it will not serve you much. At all events, the business of the painter is not to teach zoology.”
George MacDonald (1824-1905)