Gelonch-Viladegut, A.: “What is an artist?” 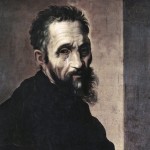 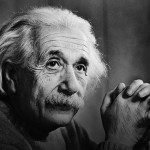 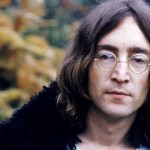 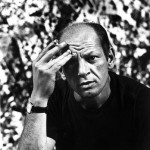 In any case, in my mind, an artist is a person engaged in one or more of any of a broad spectrum of activities related to creating art, practicing the arts, and/or demonstrating an art. The common usage in both everyday speech and academic discourse is a practitioner in the visual arts only. The term is often used in the entertainment business, especially in a business context, for musicians and other performers (less often for actors). “Artiste” (the French for artist) is a variant used in English only in this context. Using this word to describe writers, for example, is certainly valid, but less common, and mostly restricted to contexts like criticism.

What are the definitions in a Dictionary ?

1. A person who creates art.

2. A person who creates art as an occupation.

3. A person who is skilled at some activity.

The Oxford English Dictionary defines the older broad meanings of the term “artist”:

• A learned person or Master of Arts

• A follower of a manual art, such as a mechanic

• One who makes their craft a fine art

A definition of Artist from Princeton.edu: creative person (a person whose creative work shows sensitivity and imagination).

A little history of the term

Although the Greek word “techně” is often mistranslated as “art,” it actually implies mastery of any sort of craft. The adjectival Latin form of the word, “technicus”, became the source of the English words technique, technology, and technical.

In Greek culture, each of the nine Muses oversaw a different field of human creation:

• Calliope (the ‘beautiful of speech’): chief of the muses and muse of epic or heroic poetry

• Clio (the ‘glorious one’): muse of history

• Euterpe (the ‘well-pleasing’): muse of music and lyric poetry

• Melpomene (the ‘chanting one’): muse of tragedy

• Polyhymnia or Polymnia (the ‘[singer] of many hymns’): muse of sacred song, oratory, lyric, singing, and rhetoric

• Terpsichore (the ‘[one who] delights in dance’): muse of choral song and dance

• Thalia (the ‘blossoming one’): muse of comedy and bucolic poetry

• Urania (the ‘celestial one’): muse of astronomy

No muse was identified with the visual arts of painting and sculpture. In ancient Greece sculptors and painters were held in low regard, somewhere between freemen and slaves, their work regarded as mere manual labor.

The word art derives from the Latin “ars” (stem art-), which, although literally defined, means “skill method” or “technique”, and conveys a connotation of beauty.

During the middle Ages the word artist already existed in some countries such as Italy, but the meaning was something resembling craftsman, while the word artisan was still unknown. An artist was someone able to do a work better than others, so the skilled excellency was underlined, rather than the activity field. In this period some “artisanal” products (such as textiles) were much more precious and expensive than paintings or sculptures.

The first division into major and minor arts dates back at least to the works of Leon Battista Alberti (1404-1472): De re aedificatoria, De statua, De pictura, which focused on the importance of the intellectual skills of the artist rather than the manual skills (even if in other forms of art there was a project behind).

With the Academies in Europe (second half of 16th century) the gap between fine and applied arts was definitely set.

Many contemporary definitions of “artist” and “art” are highly contingent on culture, resisting aesthetic prescription, in much the same way that the features constituting beauty and the beautiful cannot be standardized easily without corruption into kitsch.

Artist is a descriptive term applied to a person who engages in an activity deemed to be an art. An artist also may be defined unofficially as “a person who expresses himself- or herself through a medium”. The word is also used in a qualitative sense of, a person creative in, innovative in, or adept at, an artistic practice.

Most often, the term describes those who create within a context of the fine arts or ‘high culture’, activities such as drawing, painting, sculpture, acting, dancing, writing, filmmaking, new media, photography, and music—people who use imagination, talent, or skill to create works that may be judged to have an aesthetic value. Art historians and critics define artists as those who produce art within a recognized or recognizable discipline. Contrasting terms for highly skilled workers in media in the applied arts or decorative arts include artisan, craftsman, and specialized terms such as potter, goldsmith or glassblower. Fine arts artists such as painters succeeded in the Renaissance in raising their status, formerly similar to these workers, to a decisively higher level, but in the 20th century the distinction became rather less relevant.

The term may also be used loosely or metaphorically to denote highly skilled people in any non-“art” activities, as well— law, medicine, mechanics, or mathematics, for example.

Often, discussions on the subject focus on the differences among “artist” and “technician”, “entertainer” and “artisan”, “fine art” and “applied art”, or what constitutes art and what does not. The French word artiste (which in French simply means “artist”) has been imported into the English language where it means a performer (frequently in Music Hall or Vaudeville). Use of the word “artiste” can also be a pejorative term.

The English word ‘artiste’ has thus a narrower range of meaning than the word ‘artiste’ in French.
In Living with Art, Mark Getlein proposes six activities, services or functions of contemporary artists:

1. Create places for some human purpose.

4. Give tangible form to the unknown.

5. Give tangible form to feelings.

6. Refresh our vision and help see the world in new ways.

Well, those were the different Dictionary definitions, a little history of the term and the current concept of ‘an artist’. But, perhaps, the word and your vision of it don’t match clearly and, consequently, the question remains. In this case, perhaps the approach, by quotations, of relevant people could be interesting. We made a choice of 100 relevant quotations of 100 different and relevant people across eras, professions, engagement and proximity to this term. From S. Thomas Aquinas to John Lennon, from Michelangelo to Jackson Pollock, from Goethe to Albert Einstein, people expose their involvement, feeling, understanding and practice in this topic. This relevant quotations express the opinion of Saints, philosophers, scientists, painters, musicians, engravers, writers, sculptors, essayists, politicians, novelists…probably, the most exciting souls in the Humanity’s history.

Your thinking could be our guides. That is, really, the question and the purpose of this choice. Have a good time reading and good thinking!

100 QUOTATIONS ABOUT ARTISTS
(in chronological order)

“The test of the artist does not lie in the will with which he goes to work, but in the excellence of the work he produces.”
St. Thomas Aquinas (1225-1274)

“The best artist has that thought alone
This is contained within the marble shell;
The sculptor’s hand can only break the spell
To free the figures slumbering in the stone.”
Michelangelo (1475-1564)

“In every artist there is a touch of audacity without which no talent is conceivable.”
Johann Wolfgang von Goethe (1749-1832)

“The difference between a bad artist and a good one is: The bad artist seems to copy a great deal; the good one really does.”
William Blake (1757-1827)

“If a book comes from the heart it will contrive to reach other hearts. All art and author craft are of small account to that.”
Thomas Carlyle (1795-1881)

“The artist who aims at perfection in everything achieves it in nothing.”
Eugene Delacroix (1798-1863)

“An artist is a kaleidoscope endowed with consciousness…an ego a thirst for the non-ego, and reflecting it at every moment in energies more vivid than life itself, always inconstant and fleeting. The poet is like those wandering souls who go looking for a body, he enters as he likes into each man’s personality. For him alone everything is vacant…The man who loves to lose himself in a crowd enjoys feverish delights that the egoist locked up in himself as in a box, and the slothful man like a mollusk in his shell, will be eternally deprived of. He adopts to his own all the occupations, all the joys and all the sorrows that chance offers.”
Charles Baudelaire (1821-1867)