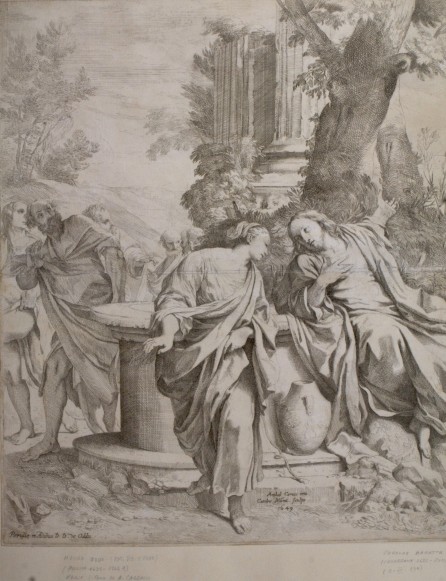 Carlo Maratta or Maratti (13 May 1625 – Rome, 15 December 1713) was an Italian painter, active mostly in Rome, and known principally for his classicizing paintings executed in a Late Baroque Classical manner. Although he is part of the classical tradition stemming from Raphael, he was not exempt from the influence of Baroque painting and particularly in his use of color.

Born in Camerano (Marche), then part of the Papal States, he went to Rome in 1636, accompanied by Don Corintio Benicampi. He became an apprentice in the studio of Andrea Sacchi. It was at this time that the debate between Sacchi and Pietro da Cortona took place at the Accademia di San Luca. Maratta’s painting at this time was closely allied with the classicism of Sacchi and was far more restrained and composed than the Baroque exuberance of Pietro da Cortona’s paintings. Like Sacchi, his paintings were inspired by the works of the great painters from Parma and Bologna: Annibale Carracci, Guercino, Guido Reni, Francesco Albani and Giovanni Lanfranco.

Pope Alexander VII (reigned 1655–1667) commissioned many paintings from him including...