The singer of the crowds 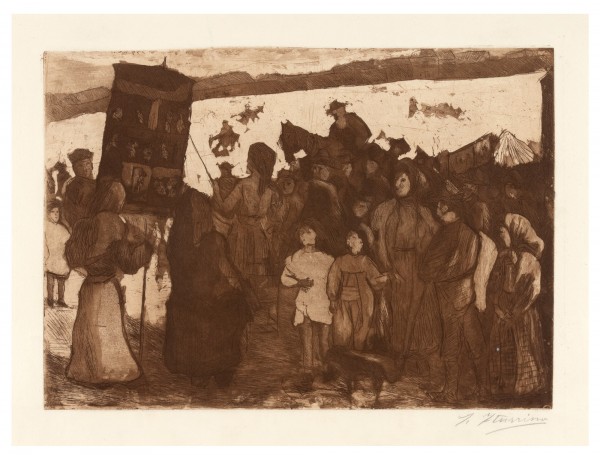 Title: The singer of the crowds

Francisco (“Paco”) González de Iturrino (1864–1924) was a Spanish Post-impressionist painter born in Santander. As an adolescent, he moved to Bilbao with his family, later studying engineering in Belgium in 1883 before devoting himself to figure drawing in Brussels in 1890. Afterward, he travelled through various parts of Spain, including Andalusia and Salamanca, seeking regional models as subjects in his study of color.

Iturrino first travelled to Paris in 1895 and returned frequently. There he met and exhibited with Pablo Picasso and was one of the first protégés of Ambroise Vollard. He befriended and travelled with Henri Matisse, was an admirer of Pierre-Auguste Renoir, and a peer of Paul Cézanne, Paul Gauguin and Vincent van Gogh. He died in Cagnes-sur-Mer, France.