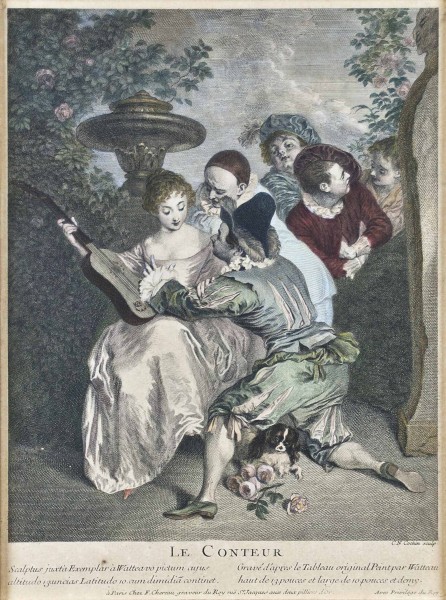 He was born in Paris in 1688. His father, Charles Cochin, was a painter, and Charles Nicolas followed the same profession until he was twenty-two years of age, when he abandoned painting and devoted himself entirely to engraving. In 1731 he became an Academician, and on the occasion of his reception engraved the portraits of Jacques Sarrazin and Eustache Le Sueur. He then turned his attention to the fancy subjects of Watteau, Lancret and Chardin, after whom he executed several fine works. He also assisted his son, Charles Nicolas Cochin, with the plates of the ceremonies at the marriage of the Dauphin with the Infanta of Spain in 1745. He died in Paris in 1754, having engraved about one hundred plates, among which are many vignettes for the ‘Virgil’ ‘ of 1742 and other books. The undermentioned are his best works: La Mariée de Village; after Watteau; Decoration du Bal paré; after C. N. Cochin, Fils. 1745; Decoration du Bal masque; after the same....