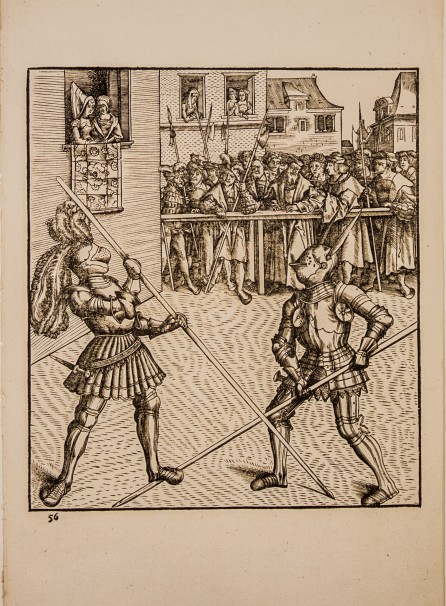 Hans Burgkmair the Elder (1473–1531) was a German painter and woodcut printmaker.

Burgkmair was born in Augsburg, the son of painter Thomas Burgkmair and his son, Hans the Younger, became one too. From 1488, he was a pupil of Martin Schongauer in Colmar, who died during his two years there, before Burgkmair completed the normal period of training. He may have visited Italy at this time, and certainly did so in 1507, which greatly influenced his style. From 1491, he was working in Augsburg, where he became a master and opened his own workshop in 1498.

Hollstein ascribes 834 woodcuts to him, mostly for book illustrations, with slightly over a hundred being “single-leaf”, that is prints not for books. The best of them show a talent for striking compositions, and a blend, not always fully successful, of Italian Renaissance forms and underlying German style.

From about 1508, he spent much of his time working on the woodcut projects of Maximilian I until the Emperor’s death in 1519. He was responsible for nearly half of the 135 prints in the Triumphs of Maximilian,...