Certainly, buildings are not people. It is an immense mercy that, so far as is currently known, there were no fatalities in the latest earthquake to hit central Italy. Yet I can’t help mourning the basilica of St Benedict in Norcia. To see such a beautiful old building destroyed is […] 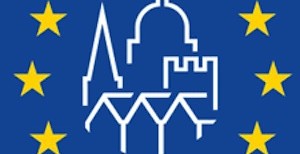 Recently, the Directorate-General for Research and Innovationof the European Commission has published the document “Getting Cultural Heritage to Work for Europe. Report of the Horizon 2020 Experts Group on Cultural Heritage”. Cultural heritage is a significant force for 21st century Europe. Not only is it at the heart of what […]

The battle for the Parthenon marbles

Greece has ruled out taking legal action in its battle to reclaim the Parthenon marbles from Britain. The unexpected move abruptly ends the legal battle in one of the world’s most bitter cultural disputes. In an about-turn three months after Athens’ radical-left Syriza party assumed power, the new Greek cultural […] 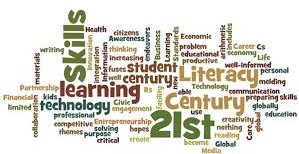 I recently read an article (on The Huffington Post, April, 6, 2015) about the imminent retirement of a local government arts council executive in the United States. The article pointed out the many challenges that this executive faced over the past decade. It made me realize how difficult the 21st […]

Rembrandt, Michelangelo and the philo-Semitism

Philo-Semitism – the appreciation of Jewish culture – has been hotly debated of late, in the wake of a new book by Julie Burchill and against a backdrop of Middle Eastern conflict. We should look to Rembrandt and Michelangelo to celebrate its true spirit. They are a glowing union of […]

Irony, is ruining our culture?

Percy Shelley famously wrote that “poets are the unacknowledged legislators of the world.” For Shelley, great art had the potential to make a new world through the depth of its vision and the properties of its creation. Today, Shelley would be laughed out of the room. Lazy cynicism has replaced […]

New York, cultural capital of the world? A real debate

Is New York still the cultural capital of America, let alone the world? To the creative strivers who still flock here, the answer may be self-evident. But when the question was posed point-blank to four cultural critics from New York, they struggled to muster resoundingly jingoistic responses. “No,” said Jerry […]

Let the people have access to beauty, to collections, to knowledge, books, museums, heritages. This is not any more, in my opinion, a mission, a priesthood or a performance. Culture is not any more this mysterious region, according to the ” Petit Prince “, reserved to a few insiders, but […]